A workshop was held in the Spring of 2020 and participated in by 14 marine scientists to develop a new approach to tackling inaction around the ocean crisis. Identifying a fundamental lack of understanding about the importance of the ocean at an Earth System level and for human survival as a primary cause for inaction, the scientists began work on a new paper.

Evolving the narrative for protecting a rapidly changing ocean, post COVID-19 sets out the key narratives that we need to adopt and reflect to improve recognition for the central role the ocean plays in all our lives. You can read the full report here and access support materials here.

Thursday, 24 January 2019, Davos Switzerland – A preview of the forthcoming new IPSO report was delivered to delegates at the 2019 World Economic Forum meeting today by Dr Heather Koldeway of the Zoological Society of London (ZSL). The Head of ZSL’s Marine and Freshwater Conservation Programmes and National Geographic Fellow, Dr Koldeway represented IPSO alongside the United Nations Special Envoy for the Ocean Ambassador Peter Thomson at a discussion event entitled “Concrete Solutions to Ocean Challenges: How to direct investments for a positive impact on the ocean”.

The event, sponsored by Norwegian sustainable investment specialists Nordic Impact and Katapult Ocean, was focussed on how to accelerate investment in new technologies to promote sustainable use of the ocean. Dr Koldeway updated the audience on the most recent key scientific evidence on ocean stressors considered in the upcoming IPSO report, and gave an overview of the report’s recommendations. More details about the upcoming report will be announced soon.

In late 2018, IPSO convened experts from ocean science, policy, law and conservation for a workshop on ocean health at the Royal Geographical Society in London. The meeting, “Priorities for ocean action; consequences of inaction and future threats” considered the most recent data on ocean change and agreed a set of recommendations which will be set out in a report published in Spring this year. More details about the upcoming report will be announced soon. 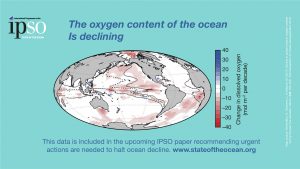 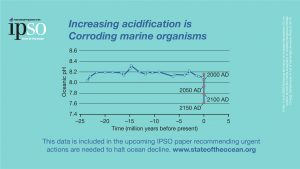 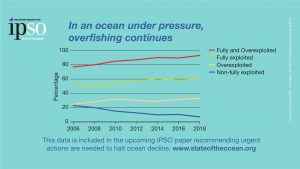 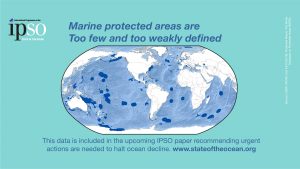 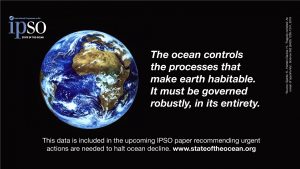 The scientific evidence that marine ecosystems are being degraded as a direct result of human activities is overwhelming and the consequences for the vital – and valuable – ocean goods and services that we rely on, including for the maintenance of a healthy Earth System, are alarming.

Recent assessments by the UN’s climate change panel, the IPCC, show that these changes are progressive and relentless – while terrestrial temperature increases may be experiencing a pause this is not true for the ocean, which continues to warm regardless. For the most part, however, the public and policy-makers are failing to recognise, or choosing to ignore, the severity of the situation and are not taking the action necessary to address it.

In November 2017, a workshop was organised by the IUCN Global Marine and Polar Programme, World Commission on Protected Areas and the International Programme on the State of the Ocean, in partnership with XL Catlin and with financial support from the Swedish Ministry of the Environment and Energy. The workshop explored priorities for action around ocean risk, with a particular focus on the health and wellbeing of local communities.

The outcomes of this workshop will form an important contribution to the work in support of Sustainable Global 14 to conserve and sustainably use the ocean and to upcoming events such as the Ocean Risk Summit taking place in Bermuda in Spring 2018.

In the spring of 2016, IPSO convened a workshop to investigate the threat posed to the ocean by marine toxic ingredients contained in personal care products. The findings of this workshop were taken to an extended meeting held at the International Coral Symposium in June 2016.

State of the Ocean

In 2011 and 2012, in partnership with the IUCN and its World Commission on Protected Areas, IPSO held interdisciplinary scientific workshops to consider the latest science on the cumulative impact of multiple stressors on the ocean, including warming, acidification and overfishing.

The purpose of these workshops – and the reports and papers published from them – was to provide a holistic, integrated view of the cumulative impacts that threaten the ocean and the actions needed to address these.

The core conclusions derived were: the risks to the global ocean and the ecosystems it supports have been significantly underestimated; the extent of marine degradation as a whole is greater than the sum of its parts; it is happening at a much faster rate than previously predicted.

The 2012 workshop additionally reviewed new material and evidence, which became available after the April 2011 workshop, and concluded that the threats to the ocean were even faster, bigger and closer than the first workshop set out – there was an accelerated rate of change, which was bigger in scale and closer in time in terms of the impacts being felt. 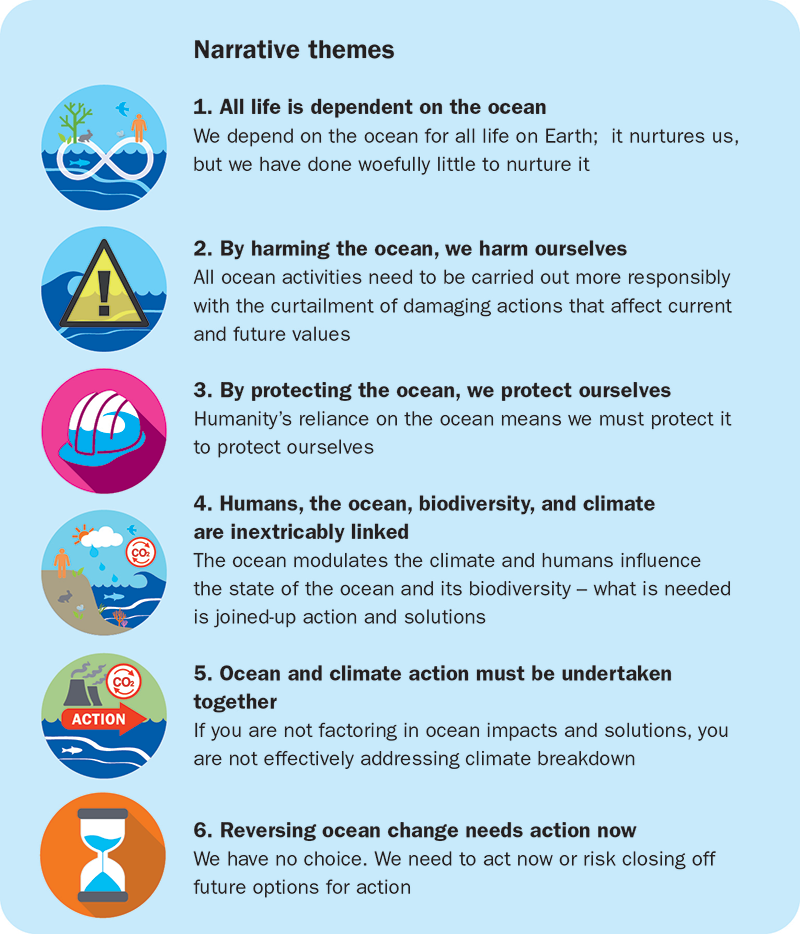 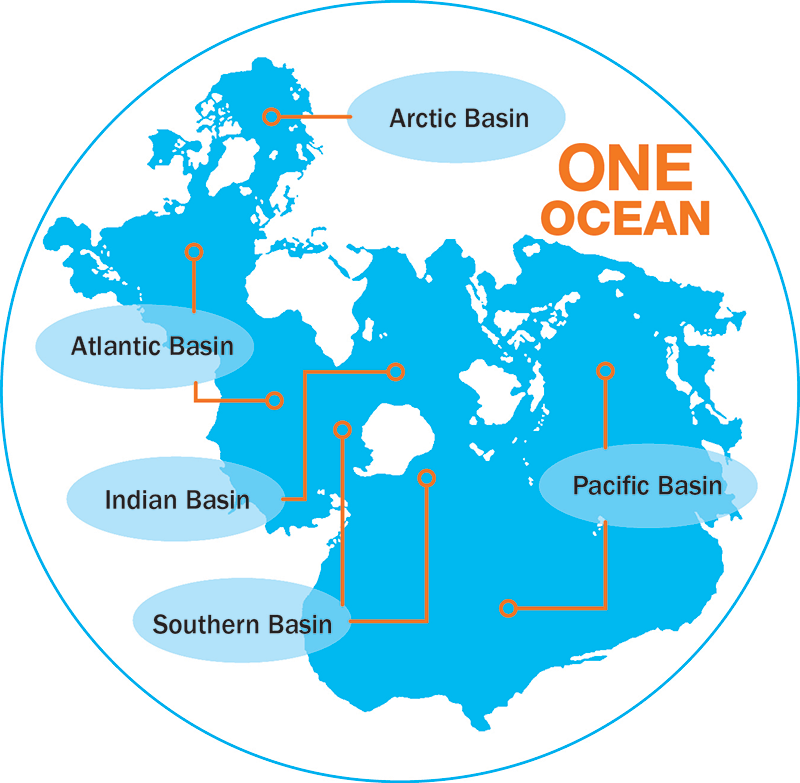 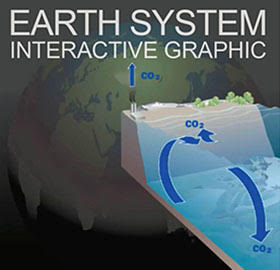